Last week was full of adventure,culture and soccer. The week started with a class of valenciano. Our guest went to the school and taught the kids some useful words in this beautiful language. We even learned a song in valenciano.

On Thursday, we finished our Spanish Film Series at school. We screened the Oscar winner film "Mar Adentro" .

And..... and.... and ....... Friday came with a great excursion to Barcelona. It was a total success!!!We left Valencia around 7am.We visited the famous Sagrada Familia first. Some kids had the chance to see the interior and some others decided to go shopping around the place. It was so beautiful and nice! We had lunch in a famous park called Parc Guell. This was designed by the famous architect Antoni Gaudi. We also walked along Paseo de Gracia and saw  Gaudi´s Casa Mila and Casa Batllo facades. At the end of the visit they had free time to explore Las Ramblas, the Gothic Quarter, the market and the Port. We also had optional activities for students interested in visiting the famous soccer field Camp Nou, Montjuic, and Casa Mila inside. It was simply fantastic! We returned to Valencia on Saturday July 13th around 9pm. They all told me they will convince you to go to Barcelona to enjoy this beautiful city as family.

On behalf of Valencia team,

Independence Day on the beach and excursion to Africa!

Our most important event last week, as it should be, was Independence Day on Thursday. We played the national anthem (instrumental) before starting classes, we ate hamburguers and hot dogs for lunch in the cafeteria and we celebrated it  with games and splashes on the Mediterranean sea (see picture uploaded).

Last Tuesday, we saw some Picasso´s mitological drawings in a cultural center.  The exhibition was very interesting for most of our kids who like this famous spanish painter.

Wednesday was recreational day where students had the chance to play sports, walk, run and talk in a beautiful valenciano park.
We picked Friday for the spanish movie in the school. This time was a thriller that made our kids scream, bite their nails and hide under the tables. You could watch the film by yourselves out there (it is not a horror movie).  The movie is called “El Orfanato” (kind of similar to “the Others”) but pick the original (spanish) version  since there was an american remake. The movie is available in Netflix. Be sure you watch it with someone else otherwise you will have to sleep under the bed.

On Saturday we went to Africa. We had the chance to see lots of animals that are not in the Indianapolis nor Chicago zoo. If you are wondering if we really went to the other continent the answer is no. But we felt like in Africa in a zoo that is called Bioparc. There were magnificent open spaces, high temperature, african landscape and almost all the animals we could see in the Lion King and Ice Age films.

Last Sunday, a group of students went to Museo Fallero where they could see the most famous ninots from Fallas (one of the most important celebrations in Valencia that takes place in March). And finally, on Sunday a group of students attended a play in one of the fanciest theatres in Valencia. What a busy week! This year we have broken the record for more optional activities for a Valencia group!

Barcelona is coming this weekend and your kids are very excited to see and explore this wonderful city!!!!!!!!!

July first, time flies, huh? Three exciting weeks in Valencia left behind and three more to come. Besides our spanish classes in the mornings and the artistic activities in the afternoons we had fascinating optional activities that your kids enjoyed during this past week.  We visited the Museo de Bellas Artes where students  saw paintings from Goya, El Greco, Velazquez, Sorolla, Ribera  and March among some. We also went to Valencia International Film Festival where we watched the renowned spanish movie  “Blancanieves”.

Last Tuesday  was time for ties, beautiful dresses and elegant suits. Reason: Visit to Valencia City Hall. A representative from the local government received the group in the main room where politicians debate  different laws for Valencianos. Valencia Council Member Emilio del  Toro’s  speech about Indiana University Honors Program  highlighted the  high level of spanish of our students and stated it was an honor to have the best students  from Indiana in Valencia. This event was so relevant  that we made the news!

To close the week  we decided to move our 206 bones with the Dance Day on Friday. So you should demand your kids to teach you all the latin and spanish dances they learned with us and dance those with the whole family in the living room. I will suggest to dance with them Asereje,  Waka-waka and different group songs . After those dances you will probably have to change the floor.

On Saturday we went to Ciudad de las Artes y Ciencias where we felt like in a different planet with all those futuristic buildings. We visited the largest  aquarium in Europe where we saw a dolphin show and plenty of sea animals. Some of the kids also visited the  Museum of Science and got an idea to invent a machine where they could transport people from Indiana to Valencia in few seconds. Let's see if at the end they can build it!

One last thing, your kids approached me yestesday after lunch and told me to let you know these few but strong words: I LOVE YOU  FAMILY! THANKS FOR LETTING ME ENJOY THIS EXPERIENCE IN VALENCIA!
Publicado por Isra en 14:45 1 comentario:

Second week has just passed with days full of adventures!
I can tell you that your kids keep enjoying wonderful Valencia!


Students have started planning their activities for the farewell ceremony in July. One group is working in a soap-opera, other one is writing  a play, and the last two are preparing a news report show and a play. It has been a lot of fun!

Wednesday was time for recreation! Students played soccer, volleyball, ran, and walked. They like this day because they can enjoy the beauty and shiny colors of Valencia parks. On Thursday, students climbed the "MIguelete" (bell tower) where they could see Old Valencia and other important places in the city. And after this, ICE-CREAM and CHURROS!!!!!!!!!!!

Last Friday, we had our first excursion to a valenciano town called Xativa. It was a pearl! We climbed a mountain to reach a castle (actually we took a small train). The kids explored places such as the guard points, the gardens, water deposits and dungeons. They also had free time to explore the city and eat local food.

Saturday was movie time! We went to the movies and some of the students watched "MOnsters University", and other ones watched "Superman"  and the spanish thriller "Los Insensibles".

They miss you a lot and they are already planning to come to Valencia with you in a near future!

I am glad to let you know that our first week in  Valencia has been great!. The kids have spent it with their host families talking about Valencia, eating spanish food during dinner and enjoying the weather. Day one was for the orientacion with students and host families where we went over the program rules again. They also had their first day in the restaurant where they  had their first contact with spanish food. During the first week they ate squid, paella valenciana with rabbit, valenciana salad, two kinds of fish from the region and a special dessert called natilla. They have also eaten tortilla española ( scrambled eggs with potatoes and rice) at home and
other yummy spanish food!. We visited Old Valencia last Friday and they learned about  Valencia important historic sites such as Serranos Towers (main entrance to Valencia during XIV century), The Cathedral (where the Holy Grail is kept), the Virgin Square (famous for its Neptune fountain), The Queen Square (where they can try churros, tapas and ice creams with interesting spanish food flavors) and La Lonja (Unesco Site). The tour ended in a traditional market where your kids could see the different fruits, seafood and meat valencianos often buy. Our first optional activity also took place last Saturday and this was a visit to L'Almoina (Roman Ruins under Valencia). They really liked the tour around this site. But not everything has been been visiting historical places. Guess what?   They have already gone to the beach to enjoy the Mediterranean sea and its sun ( with  sunblock and many  big bottles of water!).

They told me to let you know that they miss you a lot and thank you  for the opportunity  you have given them to enjoy Valencia and have memorable moments at a so young age!!!!!!!!!!

We had two very long days in planes and in a bus until we reached our final destination: Valencia. We had a delay in Madrid with the bus but everything was solved without any inconvenient. We arrived in Valencia at 330pm and the kids were happy to meet their families. The host families were very excited waiting for them  outside school and they are looking forward to having a special spanish dinner for the first time with them tonight.

Tomorrow we will meet at school to go over the honor code with both students and families. The unforgettable experience has started!

What is Valencia famous for? 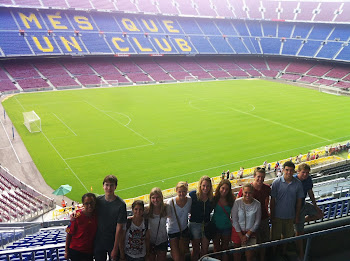 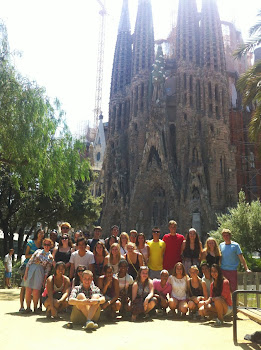 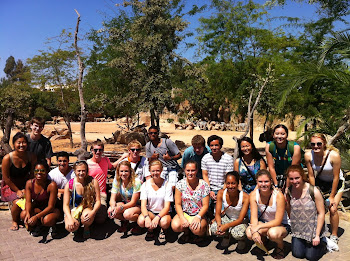 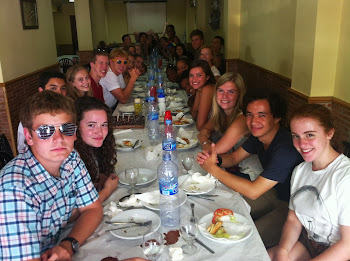 no food left on the table 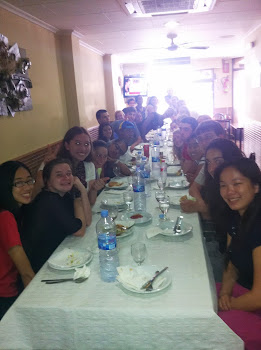 No food left on the table! 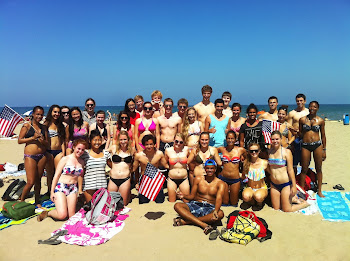 Celebrating on the beach! 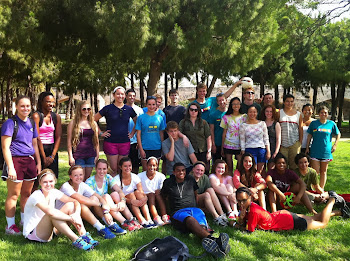 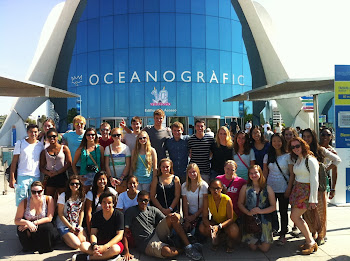 Students in the largest aquarium in Europe 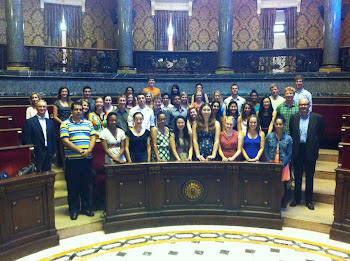 We all in elegant clothes 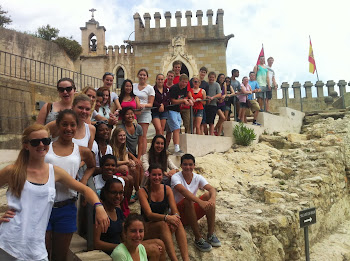 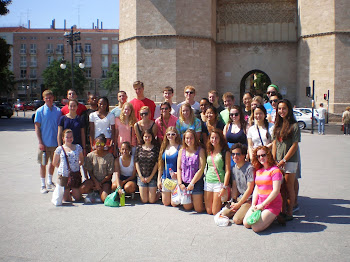